Thwaytes v. Sotheby’s is a remarkable judgment for the very thorough motivation given by Justice Rose of the High Court of Justice, Chancery Division, as well as for the intense debate that it has raised.
The subject of the case is a disputed work by a follower of Caravaggio.
Mr. Lancelot Thwaytes, whose family had owned the painting since 1962, consigned the painting to Sotheby’s in 2006. It was catalogued as The Cardsharps, “a 17th-century copy after Caravaggio’s original now in the Kimbell Art Museum, Fort Worth” and ultimately sold for a hammer price of £42,000 to Sir Denis Mahon, a renowned Caravaggio scholar. After further research, and having had the artwork cleaned and restored, Mahon identified and publicly referred to the painting as a work “by the hand of Caravaggio”. The painting is currently on loan to the Museum of the Order of St. John at Clerkenwell in London and it has been insured for £10 million. As a result, Mr Thwaytes sued Sotheby’s for being negligent, failing to recognize the true nature and value of the work.
The case has sparked a debate in relation to authenticity issues raised by the judgment, although it has to be pointed out that the plaintiff’s claim was not the authenticity of the painting in itself, but that Sotheby’s had allegedly breached the contract and was liable for negligence in assessing the real value of the painting. As the decision needed to be based on experts’ findings, Ms. Justice Rose analyzed questions of connoisseurship and visual assessment of art quality: she found that art historians’ opinions may be based on “scant available evidence” and that the role of technical analysis is still a matter of debate among scholars. However, after taking into consideration each expert witness’ method, the judge decided to place greater weight on Professor Spear’s evidence, the defendant’s expert witness. In fact, the judge considers him to be “more of a traditional connoisseur”, who still “regards the visual examination of the surface of the work as paramount in assessing its potential”. Having Professor Spear, together with other experts, criticized various different passages in the painting (such as the feather in the young sharp’s hat, the clothing, the dupe’s right ear, the weave of the carpet covering the table, the edge of the pewter plate and the gold stripes on the sharp’s breeches), the judge has been convinced that Sotheby’s were entitled to consider the quality of the painting not sufficiently high to merit further investigation.
The judge found that Sotheby’s were not negligent in their assessment because they used their normal standard of care in evaluating the work, relying on the connoisseurship and expertise of their highly qualified specialists in the Old Masters department, who reasonably came to the view – on the basis of what they saw – that the quality of the painting was not sufficiently high to indicate that it might be a Caravaggio’s: in other words, the painting did not show any “Caravaggio potential”. Furthermore, Sotheby’s were not under any obligation to carry out further technical analysis, nor an infra-red analysis would have caused them to question their assessment of the painting.
With reference to the question of causation, the judge found that if Sotheby’s had gone further in seeking views of other experts, they would probably have received more negative views than positive and they would have maintained their own strong doubts regarding the authenticity of the painting. Therefore, in light of all her findings, the judge dismissed Mr. Thwaytes’ claim.
In conclusion, it is necessary to highlight that any court’s decision, which may involve authenticity issues, is based on the preponderance of the evidence submitted and has very little to do with the market value. Furthermore, as the judge recalls, “even the attribution by a well respected scholar can be rebuffed by the market”, which is the ultimate assessor of the value of a painting. In conclusion, as argued by Ms. Justice Rose, “To achieve £ 11 million at auction one needs at least two people prepared to bid up to those heights, not just one”, and this was not the case. 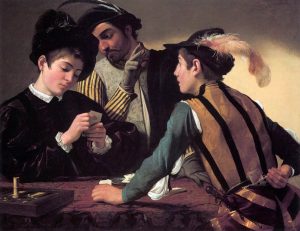